Apple self picking is open everyday from 09h until 18h. You can comme without a reservation. Dogs are now not allowed. 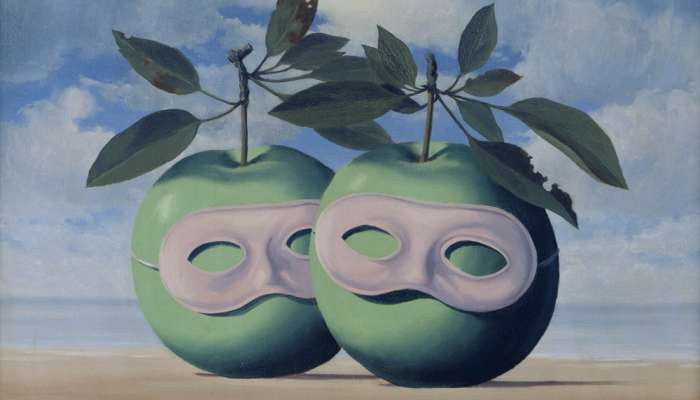 Cupid and apple of love

The apple of love is first a confectionery made of a freshly picked apple, coated with a red caramelized sugar and fixed at the end of a stick. But the apple is also the fruit symbolizing love and it is not only due to its color: red love and passion! Because we lovingly take care of our apples at Vergers Petit et Fils, here is a special Valentine's Day, for the feast of lovers. We present the evolution of the apple, from yesterday to today, as a symbol of love.

The history of a symbol

The apple is the forbidden fruit in the story of Adam and Eve ... Small reminder! This is the biblical book of Genesis. Adam and Eve are the first human beings created by God and they lived in the paradise of Eden. There is in Eden a tree of life, where a forbidden fruit grows. This forbidden fruit symbolizes "forbidden knowledge" (pretty words disguised to designate sexuality). A serpent, who would be controlled by the devil or even the devil himself, would first convince Eve to crunch the forbidden fruit. She would then have the fruit tasted by Adam. Yeah ... it's the woman's fault that tempts man!

God, in full fury, then chases Adam and Eve from paradise, which then they become mortals. So, as punishment, we are no longer immortal, but we can have a sexuality! Maybe it's not worse than that finally ... God finally decides to post cherubs on the path to the tree of life, to keep access to the forbidden fruits. For those who do not know, the cherubim are small naked children with wings (in other words, little angels). Does not it remind you of the emblem of Valentine's Day?

This story is call the original of sin. The apple therefore represents the sin of the flesh, namely sexuality itself, but also sexual desire. Did you know that originally the forbidden fruit was not explicitly an apple? The variety of the fruit was not specified in the original text. It is an association that has taken place over time, through the interpretation of the Latin language. Indeed, "pomum" means "fruit" in Latin, while "malum" means "apple". An apple tree is therefore a "malus", but "malus" also means a "bad tree". Thus, the correlation was made between apple, evil and sexuality.

Funny, we see how this biblical narrative has influenced several areas of human activity! Adam's apple is also a part of the body that only men possess. Its medical name is thyroid cartilage. It is this characteristic of the larynx that characterizes the serious voice of men (often associated with seduction). But if this part of the anatomy of man is so named in reference to Genesis, it is because history wants that a piece of apple eaten by Adam would have stuck in his throat!

The apple also had its place in art to symbolize love. Several Italian works of the Renaissance represent Venus, the Roman goddess of love, with an apple in her hand and surrounded by Cupid. Did you know that Cupid is the son of Venus? Mythology means that this little naked angel, carrying a bow and arrows, has the power to kindle desire, touching a person, right to the heart with an arrow (or a flower, according to a different version). The person affected by the arrow of Cupid would then fall instantly in love with the first individual encountered subsequently. Phew ... that means it could be anyone!

The Romans have borrowed much from the Greeks, who preceded them in mythology. Thus, the Cupid of the Greeks was named Eros, from which is derived the word "eroticism". His mother was named Aphrodite. Again, there is a link to the adjective "aphrodisiac". As for Cupid, the term "cupido" means "desire" in Latin. Today, this little cliché figure has become the very symbol of the feast of love. It is not uncommon to see stereotypical images of an apple pierced by an arrow of Cupid. So there was a short cut between the apple of Genesis and a God of Greco-Roman mythology.

Closer to our childhood, the universe of Disney also shows us a story where the apple is linked to the notion of love. It is through the tale of Snow White and the Seven Dwarfs that the apple symbolizes once again the temptation. The princess, attracted to the sight of an apple, will crunch in the fruit poisoned by the evil queen and fall into an eternal sleep. Only a true love kiss will break the spell. However, Disney did not invent this story from anywhere, since it borrowed this story from the Grimm brothers, written in 1812. This tale, once again putting a "beautiful savior prince charming" featured, was published for the First time at the cinema in 1937, thanks to the imagination of Disney.